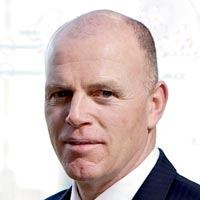 Mike Corrigan is CEO of Interferry, the trade association that represents the worldwide ferry industry. Mike’s focus leading Interferry is to ensure that it continues to be the voice of the worldwide ferry industry in matters of safety and operational best practices, is the industry’s voice with regulatory agencies such as IMO, and that the trade association’s value continues to grow for existing and new members. Mike brings to his position of CEO of Interferry extensive executive experience in the ferry industry, most recently as the CEO of BC Ferries, one of the world’s largest ferry operators. During Mike’s tenure with BC Ferries, the company became recognized as a world leader in safety and operational excellence, set record earnings levels, invested $2 Billion in ships and terminals, and established itself as an employee-centric company earning top employer recognition. 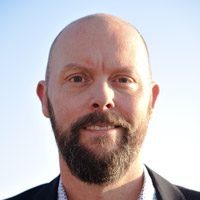 Johan Roos is the Executive Director of EU and IMO Affairs for Interferry based in Brussels. Previously he was Director of Sustainability with Stena Rederi AB. He holds a Masters Degree in Environmental Sciences from the University of Gothenburg, Sweden. In the year 2000, Johan left DNV to join Stena Line, the ferry operator, to develop environmental management systems internally. From 2006-2011 he was in charge of sustainability issues for all of Stena’s shipping activities. Johan works in close relation with the European Community Shipowners Association and the International Chamber of Shipping and represents Interferry at the International Maritime Organization.

Director of Conferences and Finance 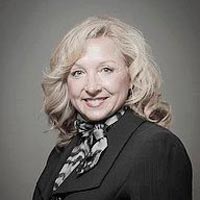 Shari joined Interferry in January 2016 and is responsible for the administration of finances and membership as well as annual conference planning.  Her careers in the US and Canada as an investment professional, economist, teacher and economic developer provide a solid foundation of skills which support Interferry’s mission.

Shari holds a Masters degree in Applied Economics from Western Michigan University (USA) and a Post Degree Diploma in Economic Development from the University of Waterloo (Canada). She is the proud recipient of numerous awards for excellence in teaching both nationally and internationally.

We use cookies and similar technologies to recognize your repeat visits and preferences, as well as to measure the effectiveness of campaigns and analyze traffic. By clicking “OK” on this banner or using our site, you consent to the use of cookies unless you have disabled them, as well as enabling third-party services including Twitter and Vimeo. OK
Go to Top